Going back to Iceland after two years was quite a sure thing. Who can resist its beauty and the possibility to see the Northern light. However, the Northern light was pale as the moon was shining so bright. But I saw it across the sky and it will forever be remembered.

What was amazing about this trip was being able to drive around Iceland. We stayed in 5 places for 5 nights. It was easy to rent a car at the airport and start driving eastbound. Since we have been to Reykjavik before, we skipped the capital city entirely and went straight in search for the Northern light. As I said earlier, the moon was shining so bright so the Northern light was so pale but I saw it nevertheless.

Passing by the Diamond Beach the next day was so amazing. For me, it was the highlight of the trip. It was so beautiful, something I haven’t seen before. That night the Northern light can be seen better, although the moon was still bright as bright. I also realised that the easiest way to let people out of the guesthouse was to show them the photos of the Northern light directly from the camera. They all left so hurriedly to see the Northern light for themselves that I had the bathroom all to myself. 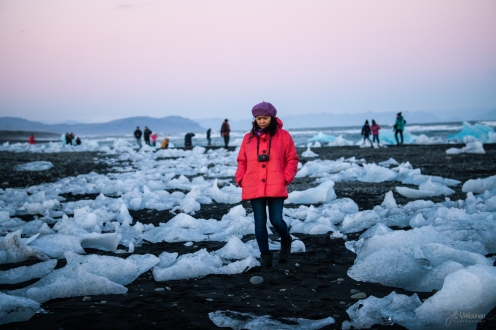 We drove past the mountains and over the mountains. In one place, the area was covered in snow. It was so beautiful, passing through different seasons, watching the sunrise and the sunset.

The last morning was very windy and the snow came. But later in the day, the sky cleared up and it was just amazingly beautiful. Yes, Iceland, you are the one! 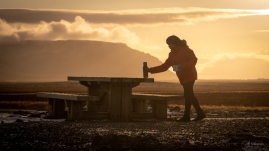 All photos taken by Ari Vitikainen at arivitikainenphotography.com.

This blog was previously hosted by Blogger with 15,771 pageviews. On 11th of July 2018, it has been moved to WordPress.